Video games have an image problem in the church

The gods are dead and the sun has stopped in the sky. The land of The Banner Saga aches with the absence of gods who are not there as darkness reaches down from the north under an endless twilight. In a desperate world of giants and golems, men prove themselves to be monsters and the bravest thing anyone can do is hope. No, it’s not coming to cinemas soon; The Banner Saga is an indie video game. It’s a challenging game, not only in its gameplay, but in its artful depiction of life and death at the end of a world drained of the divine; a hopeless world that can’t help but hope.

But The Banner Saga is just a story; even more, it’s just a game, and the Church often has little good to say about video games. Jesus might have approved of Dutch Blitz, but gathering around the Nintendo? You’re unlikely to hear that exhortation in the pews. Some of Jesus’ most evocative and memorable teaching was delivered in the form of parables: stories which were unmistakably true, despite their (likely) invention. Parables, and stories more generally, have the power to transport us—regardless of the medium in which they’re told. Stories can place listeners into the dusty sandals of a prodigal child or the desperate hearts of those facing a godless apocalypse.

Video games are a massive and maturing medium that has received little engagement from the church when compared to literature, film, and television. Christians who want to meaningfully engage their friends and neighbours recognize the importance of being culturally literate, so why are video games largely dismissed by believers who readily reference The Shawshank Redemption, Saving Private Ryan, and The Lord of the Rings? Well, video games have an image problem. It has steadily improved as games have found their way out of mom’s basement and into the casual mainstream, but this shadowy image of wasted lives and holy ambition shirked still persists in the church.

It bears mentioning that not all video games are created equal. Just as there’s a clear distinction between Sharknado and The Godfather, there is a difference between Candy Crush Saga and The Legend of Zelda: Breath of the Wild. One is designed to distract; the other to enchant. My purpose here is to draw attention to games created to transport and enchant players with their beauty and creativity. This purpose is valuable because God is a storyteller.

With that in mind, I’d like to suggest that video games deserve a closer look.

First, let’s consider who exactly is playing video games. In Canada, approximately 19 million people identify themselves as players of video games. That’s more than half the population of the country. The average age of these “gamers” is 33 years old and there is, perhaps surprisingly (or not), a nearly equal split among men (52%) and women (48%).1 Canadians are playing video games and they’re playing them for a reason. Fun and entertainment, sure, but unlike other popular forms of media, video games are participatory, making them uniquely powerful vehicles for stories.

Watching a movie doesn’t require anything other than attention from the viewer, but playing a video game necessarily adds meaning to the experience through interaction. Players make decisions and those decisions make a difference. Entire games like Bioware’s classic Knights of the Old Republic, and the more recent The Walking Dead, are built on decision-based storylines where I can discern, if I pay attention, uncomfortable patterns of selfishness and disappointment with my most natural inclinations. Even simple platformer games like Mario have a lot to say about how I deal with failure and frustration because I’m intimately involved in the process of playing.

The bible is full of stories, whether parables, history, laments, or letters, and stories have the power to shape us. It may come as news to some, but the stories told in video games aren’t second-rate. An article at Christ and Pop Culture observed how a notable lack of critical Christian engagement with games “is occurring alongside an unprecedented growth of meaningful video games.” The author admonishes Christians to “start thinking deeply about video games now, because the need and opportunity have never been so great.” Christians have never been silent on video games. Negative or indifferent, yes, but not silent. The difference now is that there are a growing number of voices speaking for what’s good, true, and beautiful in games.

Places like Christ and Pop Culture, Love Thy Nerd, and Canada’s own Geekdom House, all seek to celebrate what’s good, true, and beautiful in every corner of creative culture. Love Thy Nerd’s mission is to “speak redemption, hope, truth, and love into the parts of nerd culture that have often been alienated, demonized, dismissed, or simply ignored by Christians.” This perspective is essential as video games and nerd culture continue to reach growing audiences. Equally important to reaching out is their mission to “educate Christians on the value of nerd culture and how we can love our nerdy neighbors better.”

This isn’t an attempt to baptize culture, blindly approving of popular cultural practices to fit in. It’s rather an exercise in using common grace to draw people out of habits of distraction and into engagement with the truth that transcends our entertainment. If someone has invested 40 hours into a game, why not ask, “what’s this game’s best idea?” or “what do you love in this game; what’s beautiful about it?” This change of posture begins with Christian gamers reflecting on these questions. By taking games seriously, we can begin to seriously engage our gaming neighbours, first with the truth within the games, and then with the truth outside them.

The Power of Other Worlds (Participation)

In his great apologetic for the Christian faith, Orthodoxy, G.K. Chesterton says “[Fairy tales] make rivers run with wine only to make us remember, for one wild moment, that they run with water.” This is the power of other worlds. Fairy tale, here, refers more to the idea of ‘faerie’ that JRR Tolkien later explored in his essay, “On Fairy Stories.” Tolkien defends otherworldly fantasy from those who see it as worthless children’s entertainment and makes a compelling case for not only christian engagement, but for their participation in these types of stories.

The combination of narrative and participation in video games allows players to have unique encounters with the recovery, escape, and consolation that Tolkien claims is offered by fantasy, more generally. I’ve had video games challenge what I believe about community, confront my fear of failure, and remind me of the hope and promise of my faith. The simple but punishing platformer Light Fall exposed my misguided expectations about success, and I learned lessons in Breath of the Wild and Stardew Valley, not despite, but because I was taking a break from reality. This is a power of other worlds, and of video games, that shouldn’t be ignored.

Game of the year winner, The Legend of Zelda: Breath of the Wild, perfectly exemplifies this. The series is minimalist in its storytelling, relying on a silent protagonist and archetypes like magical swords and a princess, but the game’s power is in what Tolkien would call a secondary world. The immersive experience of exploring Hyrule transported me; I was removed just far enough from my everyday experience as to see my own life with fresh eyes—Tolkien’s idea of recovery.

Less expansive, but no less immersive, is the humble, pixelated world of Stardew Valley. The game tasks the player with building a new life on a small-town farm. While the game is about the repetitive and creative comfort of farming, it’s also about cultivating relationships. The little town, not far from my farm, is full of thoughtfully written townsfolk with loves and fears of their own. Stardew Valley held up a mirror to how I uncritically tack the labours of community on to my self-focused work and goals. The game revealed the turnip-hoarding nature of my heart.

Like most forms of entertainment and media, video games can be abused. However, we shouldn’t let the unavoidable potential of abuse keep us from thinking more seriously, and far more deeply, about the stories millions of people are literally participating in. A critical, Christian approach to video games, rightly practiced, should allow us to play games with an awareness of both their faults, and their intrinsic value.

The temptation to overindulge in gaming is often a sign of longing deeply for a world better than the one players find themselves in—a world where actions are meaningful and where players are essential characters in world-changing dramas. So, more important than whether or not we play video games, is asking how we play games. I believe we should play them the way we read/watch fantasy: what does the imaginary world have to say about life, death, and existence in this world? In this way, the speculation inherent in stories, the ‘what if’ that carries Hamlet as much as Halo, is made tangible. Imaginary worlds and situations reveal human hearts.

In spite of my high view of video games, I have frequently criticized myself for time wasted pursuing my hobby. I often feel I can be doing more, being more productive. The drive to produce is endemic of late-modern culture, whether it’s the production of research at universities, the latest (annual) smartphone no one needs, or chasing the next great Instagram pic. Playing games—the act of actually playing—is not productive. But being human isn’t synonymous with productivity; people play, and not necessarily to flee responsibility. Unproductive does not mean worthless.

My drive to produce is often motivated by an attempt to justify myself, to make a good case for my value through my contributions. Sometimes that’s my motivation for things as different as writing and baking bread, but playing games is different. Yes, there’s a sense of accomplishment but I’m rarely chasing ephemera like in-game achievements or Gamerscore. I don’t feel much temptation to boast in or broadcast most of my gaming experiences, the little moments of joy and loss, because I’m simply delighting in them. Like a sudden rainstorm or sighting of a deer, the delight of play isn’t useful—it serves no purpose but to acknowledge the beauty and truth we find outside ourselves. Video games will not always be some great end in themselves, yet they have been the means to far too many excellent ends for me to consider time spent playing as wasted.

How then ought Christians approach video games? Video games are creative works made by people and should be enjoyed—and scrutinized—as such. Even simple games can tell us profound things about ourselves and the world, and there is usually plenty of room on the couch to make this a shared experience. So, if you’re not a gamer, have a friend show you their favourite game, and know them more as you discover what moves and motivates them. If you’re a gamer, play games, and allow temporary escapes into fantastic stories and experiences to open tired eyes to better see wonders in the world. 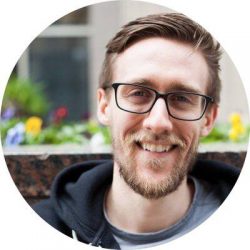 Matt Civico writes and teaches from Montreal, QC, where he and his wife do their best to prize food and cheer and song above hoarded gold. His writing has been featured at Christ and Pop Culture, Fathom, and TGC-Canada. He blogs at mattcivico.com and tweets @mattCivico. 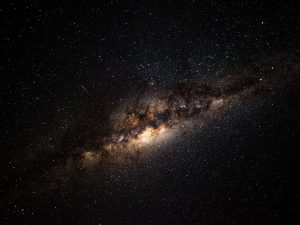 How Infinity War managed to make sense out of the supernatural 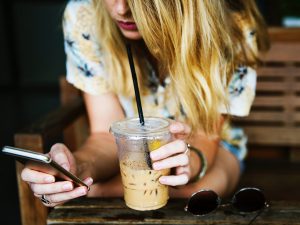 My iPhone is greater than my life 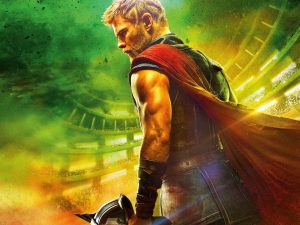 Thor: Ragnarok and a New Asgard