His voice became loud and forceful as we stood in the open atrium on campus. Surely people nearby were turning to see what was causing a man to raise his voice like that.

I was caught off guard in that moment, as I realized I had said something offensive. Up until my previous statement, I had been having a very pleasant, even-tempered exchange of ideas with this student. We had touched on topics like hell, the exclusivity of Jesus, salvation, controversial political policies, and a myriad of other more likely candidates to cause offence, without even a hint of disdain in his voice!

And yet, after all those topics, THIS is what he took offence to??

During my time as a student and on staff with Power to Change, I have had hundreds of spiritual conversations with university students. I generally consider myself a pretty polite person, and in true Canadian fashion, I have a deep cultural value inside of me not to offend others. Over the years, I’ve wrestled with the balance of being bold in proclaiming the truth about Jesus without causing any offence in my method of delivery (1 Peter 3:14-17). Nevertheless, the Bible still tells us that even with the kindest and gentlest delivery, the gospel will still be offensive to some.

“For the word of the cross is folly to those who are perishing, but to us who are being saved it is the power of God.” 1 Corinthians 1:18

With this in mind, I anticipate that some days on campus people are going to be offended. But I was wrong in what I expected would be the most offensive part of the gospel for some.

This insight was later confirmed as I stood in the atrium of another campus a few months later, having a pleasant exchange of ideas with another man, to which he also became offended and upset in a very similar way!

What was this kind, beautiful thing I said that led to such an offended reaction?

“You deserve the credit!” he yelled at me

In both conversations it was when sharing details about my past struggles and addictions, I boasted in Christ.

“God gave me the power to overcome my addictions and my sin. God changed me. God healed me and has enabled me to be free from my past brokenness. I have the ability to love, to have joy, peace and hope today because of Jesus.”

This is what provoked his passionate response:

“Don’t you DARE say that! That power came from within you! You are a strong person.
YOU DID THAT on your own. No one else did that for you.
Don’t you dare give credit for that to anyone else.
You overcame that and you deserve the credit”

I had to laugh to myself at the absurdity of the situation from an outside observer. Here was a man raising his voice at a woman, telling her how great she is and that she is wonderful and powerful and that she should give herself more credit for her accomplishments.

With the exception of him raising his voice at me, having a man champion for and elevate the worth of a woman is something that would probably have been commended by most Canadians. Yet I could not commend his comments.

How could my weakness offend?

I never would have imagined someone telling me how great I am would be offensive to me! But in that context, he wanted me to take the glory for my life transformation.

Why is my utter depravity and weakness, and God’s ultimate power to save, so offensive to this man?

I began to ponder. Why is my utter depravity and weakness, and God’s ultimate power to save, so offensive to this man?

I hadn’t even made any claims or speculation about his moral standing or abilities. I had merely spoken about my own life and experiences. In such a pluralistic society of relative truth claims, why is he threatened by the weakness of some stranger, as I was claiming to be?

I think part of the answer lies in the fact that, because of pride, this student, and many others like him, are deeply offended by the claim that humanity is depraved.

We want to believe that at the end of the day, we have the power to pull ourselves out of the pit of our failures and struggles. That is the best you can hope for when an all-powerful, life-transforming God doesn’t factor into your worldview. My personal story and the credit I give to Jesus was a direct assault on this man’s hope for salvation, that he seeks to find in himself.

As attractive as self-righteousness and self-salvation sounds on the surface, it falls short in light of the fact that it won’t work. As counter-cultural as it seems, I will boast in Christ’s power to rescue me from my helpless condition! I find real hope in giving credit to the only One who truly has the power to change me, and the power to save.

That day, the student and I had to cordially agree to disagree. As he walked away, he shouted with pride his final parting words to me across the atrium, “Don’t underestimate yourself!”

Little did he realize, I am happy to oblige because according to the gospel it would be impossible.

With a smile, I replied with, “Don’t underestimate God.”

“And because of him you are in Christ Jesus, who became to us wisdom from God, righteousness and sanctification and redemption, so that, as it is written, “Let the one who boasts, boast in the Lord.” 1 Corinthians 1:30-31

Lessons from a serial offender

As I reflect on my various conversations of offence, I am brought to a place of extreme gratitude.

The more I boast in Christ, the more grateful I become for His saving work in my life.

When I compare the two worldviews (God-salvation vs. self-salvation) and their implications, I fall more in love with the God who saves me from myself. I also grow in love for my neighbour who is not experiencing the rescue I have come to know. I grow in boldness to overcome the fear of rejection or offending someone. I can reconcile the ‘offence-less’ Canadian part of me with my desire to share the offensive truth of the gospel.

Is your gospel offensive? 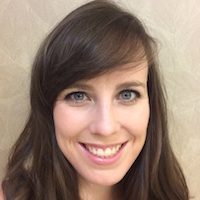 Known for her passionate love for those who don’t yet know Jesus, Ang has been helping students discover Jesus for over eight years on staff with P2C-Students. In her years on staff with P2C-Students, Ang has served in Northern Africa on Stint, at Carleton University and the University of Ottawa. She is currently working on her Masters of Biblical Studies, and loves blogging between all her Ancient Greek homework. She also loves hula hooping, dancing, and bad Chuck Norris jokes.

Don’t apologize for being an apologetics amateur. Start here.

3 stories that could change your friend’s life